On May 31, 2003, Chicago Force held its 4th Annual Line Party & Anniversary at Father & Sons Pizza. The turn-out was good, the food plentiful, and fun was had by all.

Besides the food, we played games, watched a wonderful video all about us that was filmed and put together by the wonderful Trisha, and had a raffle where everyone left with a prize.

If you missed it, well…your loss. You should really show up next time. (C’mon! You know you want to) 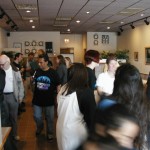 The crowd gathers in anticipation 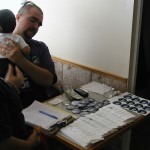 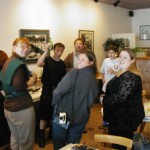 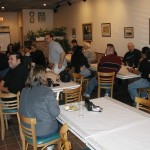 That gang’s all here 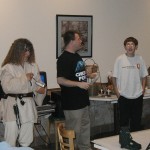 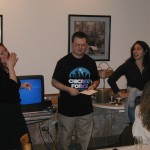 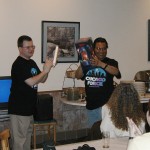 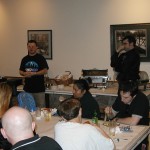 Matt and Dave talk about upcoming events. Everyone ignores them because they just want the food. 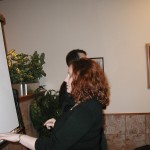 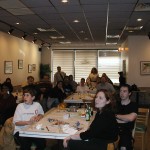 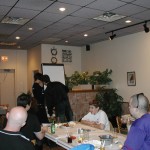 “I don’t know what that is either. Just make something up.” 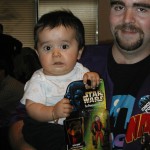 Liam thinks, “I can’t believe I won! I’ve never won anything in my entire life!” 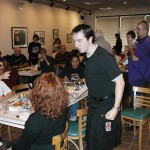 Never upset a bounty hunter in a kilt 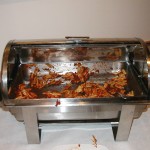 The remnants of the pasta 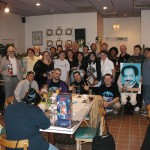 What a bunch of geeks
(Star Wars geeks, that is)