The excitement continues here at CF Central!  We are proud to announce that Chicago Force will now be raising money for the Greater Illinois Chapter of the Cystic Fibrosis foundation. More info on this organization can be found on their website.

Looks like the Bulls hit a nerve at LFL. When we arrived at the United Center, we were told that even though 20th Century had approved the CharitaBULLS screening, LFL had not, and that they had sent a Cease & Desist order to the Bulls hit idea on having the charity screening.

The staff for the Bulls was incredibly nice to us and the costumers spent a couple of hours before the game, walking the corridor and talking to everyone who would listen, taking pictures with people, etc. It was, as predicted, a huge hit. If we had been able to sell tickets, we probably could have sold out both showings and started working on a third. They allowed us to watch the game from a press box at the top of the stadium, and many people stayed around for the entire game.

So it looks like as long as LFL has the Bulls hit with this block, we can’t do anything towards the charity screening. The Bulls said they would fight it, so stay tuned for updates. 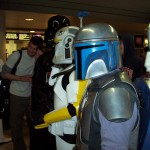 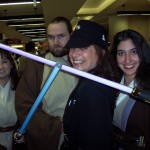 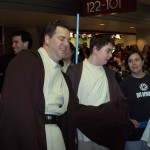 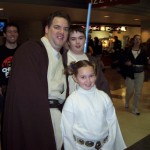 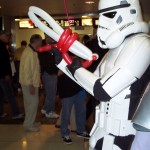 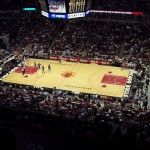 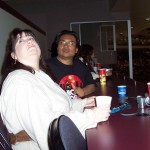 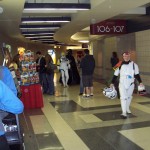 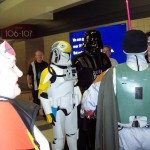