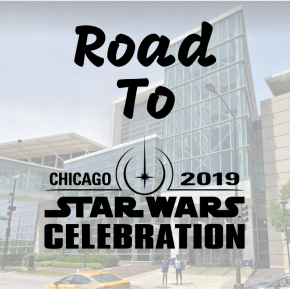 Chicago has a great public transportation system. Whether you want to get downtown from one of the two airports, get from your hotel to McCormick Place, or just see the Chicago sites, public transportation can get you where you’re going pretty easily.
This beginner’s guide will get you started.

There are three ways to get around the city. The “L” train and bus fall under the Chicago Transit Authority (CTA) and the suburban route trains falls under Metra. The iconic “L” is probably what you are most familiar with as the Elevated trains have been featured in numerous movies and TV shows.

Both the CTA and Metra have websites that can provide directions on how to get to and from your chosen destinations. Google Maps is also a great resource, just click on Transit to see the options.

The L has multiple lines, with each one color-coded. They run both above and below ground, and sometimes will do both in the course of a line. There are also certain stations where you can transfer between lines. The closest line to McCormick Place is the Green Line. The nearest station, Cermack/McCormick is only a couple blocks away.

The CTA has a Train Tracker website (in beta) that will give you a time frame for when the train will arrive at your stop. If traveling to McCormick Place from downtown (north to south) make sure to use the Green Line Cottage Grove or Ashland/63rd Branch trains as indicated on the platform and signs on the trains. If traveling to the Loop (south to north) from McCormick Place use the northbound platform marked Harlem/Lake. 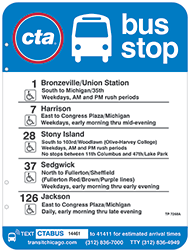 CTA Bus routes provide transportation all over the City. Each bus will have a Route Number and Name. The name of the route usually reflects the major roadway that the bus travels along, i.e. 3 King Drive. There are designated bus stops thoughout the city, which can be easily recognized by a bus stop sign. Each sign will show the routes that stop there. There is also a Bus Tracker, that provides information on where a bus is, so you can have an estimation of when the next bus is due to arrive.

Quick Note: Pace is the suburban bus system. If you are suburbanite travelling into the city, check out Pace here.

Metra is the suburban rail line that travels into the city. There are several different lines. The one to check out for Celebration is the Metra Electric. The stop is right inside McCormick Place. This is another good option if you are traveling from downtown Chicago (use the Millennium Station on Randolph), as well as from south of McCormick Place.

Now that you know the basics, let’s talk about how you are going to pay for your ride.

The CTA, both the L and bus, can be paid for with cash. But most people use the Ventra app or card. 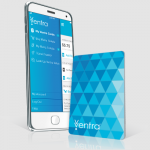 Ventra can be used instead of cash, and actually gives you a slight discount over cash on the bus. You can purchase a card ahead of time, or get the app for your phone. The card is only for CTA and Pace, not Metra. The app works for all three. There are many retail locations and vending machines that will sell you a card.

Metra fares are based on what zone you are in, and the travel in between them. The larger the zone, the more you pay. Each train line has it’s own fare schedule, check out Metra to look up your fare.

There are a couple of other options than just a one-way. If you are taking the Metra all five days, there is a 10-ride ticket. If you are using the Metra on the weekend, there is a Weekend Pass. For a flat fee, you can ride as much as you want all day Saturday and Sunday. 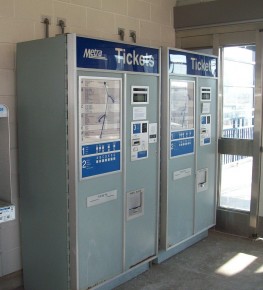 The easy way to pay on Metra is by using the Ventra app. As mentioned above, only the app works on Metra, not the card.

That covers the basics on how to get around using public transit.

For specifics on how to travel from the two Chicago Airports, click here.