During Windycon 2000, a con which will live in infamy, Chicago Force was suddenly and deliberately attacked by the insidious nature of styrofoam packing peanuts.

Chicago Force had held peaceful room parties and, until that day, was still under the impression that decorating a hotel room to look like the planet Hoth was a Good Idea™.

Indeed, one hour after the room party had commenced, there was no indication of any problem with the chosen decoration. While in hindsight this was an inaccurate assumption, Chicago Force was still in the midst of false statements and expressions of hope for continued peace.

The packing peanuts were tracked around the room.

The packing peanuts were tracked down the hall.

The packing peanuts were tracked into the elevators.

Always will we remember the character of the onslaught against us.

Hostilities existed. There was no blinking at the fact that that our people, our reputation and our stay at the hotel were in grave danger.

With confidence in our forces – with the unbounding determination of our people – we gained the inevitable triumph.

Since the unprovoked and dastardly attack, a state of war has existed between Chicago Force and sytrofoam peanuts. 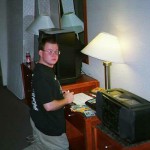 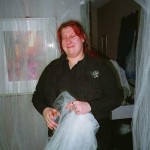 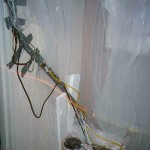 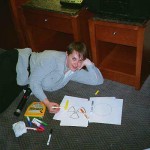 Stay in the lines… 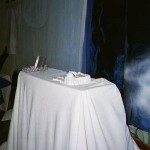 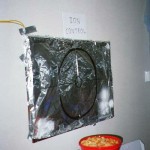 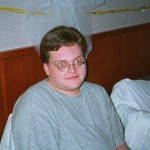 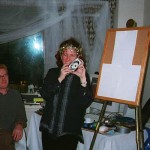 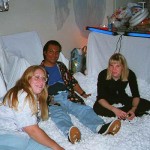 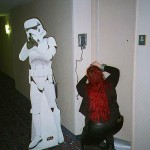 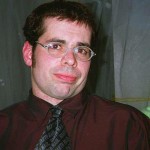 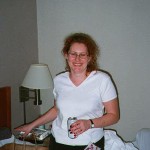 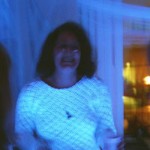 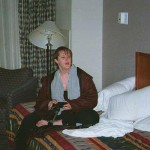 Who woke me up? 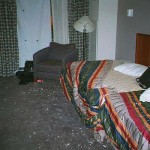 This is the mess in the OTHER room… 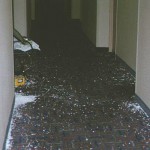 …and in the hall 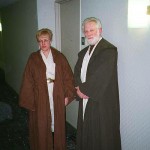 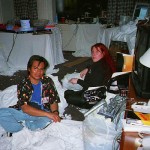 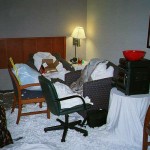 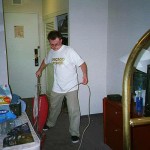 Doh! You missed a spot. 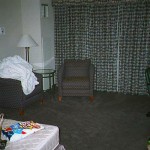 Well, THAT was easy 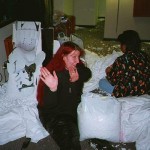 No, seriously, I’ll kill you